I recently started watching the Star Wars series. I had never watched a Star Wars movie before (yes, I know it sounds crazy, I don’t know how that happened!). However, after getting the Star Wars for Kinect, I had to watch the movies too!

When Luke Skywalker first starts training with the Jedi Master Yoda, Yoda tells Luke to move a spaceship out of a pond using the force (i.e., just with the power of his mind and the invisible power of the force). Luke says he cannot do it. It is too big. It is impossible. He tries, he moves it just a little, and then quits.

Disappointed, he walks away.

Then, Master Yoda takes action! Using the force he moves the spaceship out of the pond and on the land! Luke hears the noise and comes back to see what has happened. He is startled to see that Yoda has made it! It was not impossible after all!

You see, Luke’s mind was holding him back, and wouldn’t let him use the force to move the spaceship.

However, Luke Skywalker is not the only one who lets his mind get in the way.

We all do that.

And you know what? It’s ok that we do.

Our minds pose barriers. However, we can train away our barriers the same way we train our muscles to lift heavier weights or just do crazy stuff we had never thought we could do. I have identified three different types of barriers. And yes, all of them can be trained!

Often, what holds us back is nothing more than a lack of skill. Our situation may require no changes at all, we may just need more practice.

Example: When you were 3-4 you could eat alone using your fork. However, you were rather clumsy. Concluding that you were clumsy because, e.g., you didn’t have the strength to hold the fork would sound rather silly. It was just a matter of practice to improve the skill of eating with a fork. That’s it.

However, people often get confused with this simple barrier, thinking there is more to it than it really is.

For example, have you ever thought that exercise is also an art that needs to be mastered? Well, it is. This is why, e.g., people that have been exercising for years skip less workouts than people who are still new. The only difference between the two groups of exercisers is that people in the first group have practiced exercising for years, while the second group is still new. That’s it.

Still, several beginners will get demotivated by skipping workouts. They will think that they are not committed enough, or that exercise is just too hard. Some of them will conclude that just because it’s hard to stick to their plan exercise is just not for them and will quit, sacrificing their health as a result.

People are inherently lazy. That is no secret. We had to be that way to survive: find the shortest and most efficient way to do things, find the easiest way to capture animals to eat, etc. Laziness gave us the motivation to actually do things smartly.

Imagine if we actually were not lazy. We would never accomplish anything and all our processes would be soooo inefficient! Or, most probably, we would already be dead. We would not even be born because our species would have been extinct. Another species that is more lazy than us would have prevailed.

However, laziness is…laziness after all and also has downsides. The downsides are that you may not do something that you know you should…just because you are lazy.

However, there is a solution. You my not be able to get rid of laziness (it’s in our nature after all) but…

You can use laziness to your advantage!

Let me give you some examples:

Sometimes pure fear gets in our way. This is exactly what happened to Luke Skywalker. He had the skill to move the spaceship, he was not aware of it though, and his fear wouldn’t let him discover just how powerful he was!

Fear is a primal emotion that cannot be reasoned with it. That means that talking to your fear won’t get any results…at all.

Picture that: You are in front of a lion, and you tell yourself not to be afraid. That it’s ok to run, but you don’t need to be afraid.

Will that have any results at all? No. Your whole body tells you that you have to protect yourself…RIGHT NOW, or else you will be turned into a meal! All the cells of your body are screaming! Plus, fear of a lion is super-healthy and good for you.

However, your unconscious cannot tell the difference between healthy and unhealthy fear.

The only way to bypass fear is to start small. Had Luke Skywalker started from moving objects that are not as big as a spaceship, he would have felt more and more confident in his ability to move objects using the force. Luke had actually started small, but he advanced too quickly to the spaceship level.

Luke was not ready for the spaceship yet.

The bad thing is that lots of people don’t respect this process. Since they know they could do something BIG, already, why waste time in doing small things?

They don’t understand the difference between being ready and not being ready.

Now you may be wondering…How do you know if you are ready for the next step?

There is only once answer: Trial and error.

Change is a process

Dealing with barriers will open the way to change for you. As your barriers go away, walking on this new path will get easier and easier.

This may feel uncomfortable. Even though the changes are good, you may feel awkward.

You may feel awkward enough that you may try to “cut back on the change” because it scares you. This is commonly known as fear of success.

It’s ok to scale back as long as you keep going.

What most people do: They wait. They are overwhelmed at the thought of having to create a workout schedule and actually start exercising. How are… 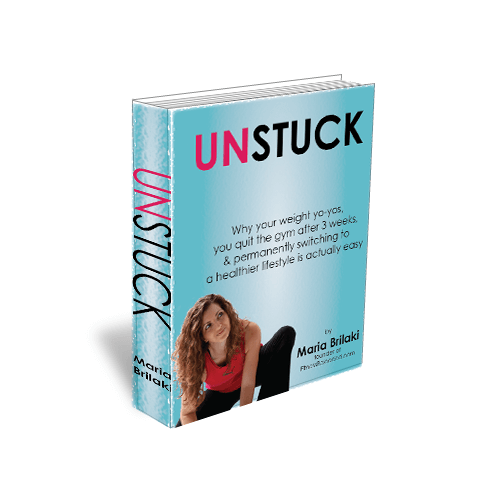