I’m mad, because this behavior is irresponsible. I guess these wellness gurus don’t realize that UV rays are carcinogenic, and by not protecting yourself adequately you’re risking skin cancer. So let’s end the coconut oil – sunscreen discussion for good.

Is coconut oil a natural sunscreen?

What is the natural SPF of coconut oil?

Coconut oil has a natural SPF of 7, at least in vitro (Chanchal Deep Kaur et al.) However, this study was conducted to measure sun protection factor (SPF) of herbal oils that are commonly used in sunscreen products, so that scientists can then create sunscreen cremes using this info.

So this study does not directly suggest using coconut oil as sunscreen. It only measured the in vitro SPF of coconut oil.

If you are using coconut oil as sunscreen, you’re at best misinformed, worst – hmm, how should I say it, not that smart.

I’ll explain this better. You know how sunscreens come with guidelines? Use that much quantity, that much time before you go out in the sun, reapply even X minutes, etc?

That’s where we’d need to get to safely use a coconut oil product as a sunscreen. So you randomly applying coconut oil (in whatever form it happened to be at the store you found it) thinking you’re protected – well, don’t be surprised when you get burned.

This particular study actually rated olive oil with a higher SPF than coconut oil. Why not cover yourself in olive oil, see how that works?

The American Academy of Dermatology  recommends an SPF of 30 or higher. That’s very far away from SPF 7. So even if it works, you’ll still get burned or risk getting skin cancer. This is a huge reason why you should not use coconut oil as sunscreen.

But sunscreen causes cancer and/or sunscreens are toxic!

Sunscreen is toxic and full of evil chemicals – don’t use it! Right. Quoting Alison Bernstein, PhD:

So, while there MAY be a small risk caused by the chemicals used in sunscreen, you have to compare that risk to the risk of not wearing sunscreen to arrive at a true assessment of the real life risk.

Saying sunscreen does not protect from cancer is a new fashion right now. I hate these claims because they put people at risk. A study or two with this claim mention specifically that people who put sunscreen tend to sunbathe more. So obviously if you think that as long you put sunscreen on you’re completely covered, and then you just hang out outdoors more because you feel “safe,” well guess what? Sunscreen is powerful, but not that powerful.

This is actually another myth that we’ll address later. Now let’s get back to the cancer claims.

Sunscreen does protect from cancer. Naylor MF et al. tested whether strong sunscreen can reduce the number of cancerous and precancerous skin lesions. They conclude “the regular use of sunscreens can significantly reduce cutaneous neoplasia.”

In other words, not only does sunscreen reduces lesions, but the more you put on the better!

But the Environmental Working Group said sunscreens are not that great.

The Environmental Working Group supports sunscreens – it just says they should be your last resort. That’s actually true and I’m addressing it later in this article.

The EWG is notorious of fear-mongering with their infamous annual “Dirty Dozen” report where they rank produce in terms of pesticide residues. Only what they’re really doing is twisting the data to support their purpose. There’s even a scientific paper published that condemns their unscientific methods. I explained all of this in the organic strawberries article (strawberries usually rank high in their Dirty Dozen report.)

But what about sunscreen and melanoma?

It is true that some studies have come this conclusion. A study from Germany, Belgium, and France concludes:

“Although we cannot exclude the presence of an unknown confounding factor, our results support the hypothesis that sunscreens do not protect against melanoma, probably because of their ability to delay or avoid sunburn episodes, which may allow prolonged exposure to unfiltered ultraviolet radiation.”

Again reckless sunbathing = increased risk, despite sunscreen use. Sunscreen is no panacea.

A 10-year study published in the Journal of Clinical Oncology concludes that “melanoma may be preventable by regular sunscreen use in adults.” after finding that:

Notice the use of the word “may.” Their results are solid, but a single study cannot make a firm claim. That’s how science works. Multiple studies are needed to make firm conclusions like “sunscreen prevents melanoma” or “sunscreen does not prevent melanoma.” Until we have that body of evidence, we stick to “may.” So be aware of the bold claims based on a single study you see on the web.

Another claim I’ve encountered is that melanoma is not related to sun exposure. Wrong. Yes, melanoma is caused by a number of reasons including genetics. However, UV radiation is estimated to account for 50% to 90% of melanoma or basal cell skin cancer and 50% to 70% of squamous cell skin cancers worldwide (Lucas RM et al.)

Even though sunscreen is amazing, you should NOT rely on sunscreen alone to protect you from skin cancer.

There’s an emphasis on sunscreen as the preferred method to protect yourself from sun exposure. When the United States public is asked about ways to prevent skin cancer, 72% say sunscreen but only 63% suggest sun avoidance and 46% offer clothing or hats (Rutten et al.) Actually, sunscreen should not be your preferred method of protection and definitely never used alone. Here’s the right order of sun protection methods (WHO):

I’ll repeat: Sunscreen should not be your first method of choice, and not the sole method of protection. So wear sunscreen, but also avoid the sun during peak times. Or wear a hat, avoid peak sun exposure, and put on sunscreen. I’m talking about putting on real sunscreen, not using coconut oil as sunscreen. As I said earlier, sunscreen is powerful but is not uber-powerful.

Don’t expect sunscreen to do miracles, esp. since you’re probably not using it right!

First, we don’t apply enough sunscreen (Neale et al.). If that happens, e.g., an SPF of 15 is reduced to about 5 (Schneider J.). Also we’re supposed to apply it 30 minutes before going in the sun and reapply at least every 2 hours.

Sunscreen sales are going up, skin cancer is rising, but sunscreen is STILL preventing cancer.

Sunscreen will decrease your skin cancer risk. It’ll also keep your skin young (but that’s a topic I’ll address in another article.) That said, don’t fall prey to the unfounded claims you find on the web about creating your own natural sunscreen or using coconut oil. Always investigate – is this science-based? What does this study say exactly?

For example, a common claim on the internet is that sunscreens don’t work because skin cancer rates are going up while sunscreen sales are also going up. So if we’re using more sunscreen but are getting more skin cancer cases then sunscreen doesn’t work, right? Wrong.

There are multiple factors that may affect skin cancer that have nothing to do with sunscreen and are not reflected in this simplistic correlation. For example, ozone depletion. According to J. Moan and  A. Dahlback a 10% ozone depletion was found to give rise to a 16-18% increase in the incidence rate of squamous cell carcinoma.

A simple correlation means you got nothing. Check out the sunscreen studies I’m liking to to learn exactly how a study should be conducted. When one study compares a group that uses sunscreen versus a group that doesn’t use sunscreen and then detects for skin cancer, well, you see how that is by far more on point than a random correlation.

Also, investigate: Is a claim based on just one study or is the body of scientific literature that comes down to the same conclusion?

Okay enough said for now. Sign up for the Fitness Reloaded newsletter to stay tuned because I’ll be soon addressing Vitamin D, sunlight, and sunscreen!

In the meantime, leave a comment: Got any experience with people who’ve switched over to coconut oil as sunscreen? Leave a comment! 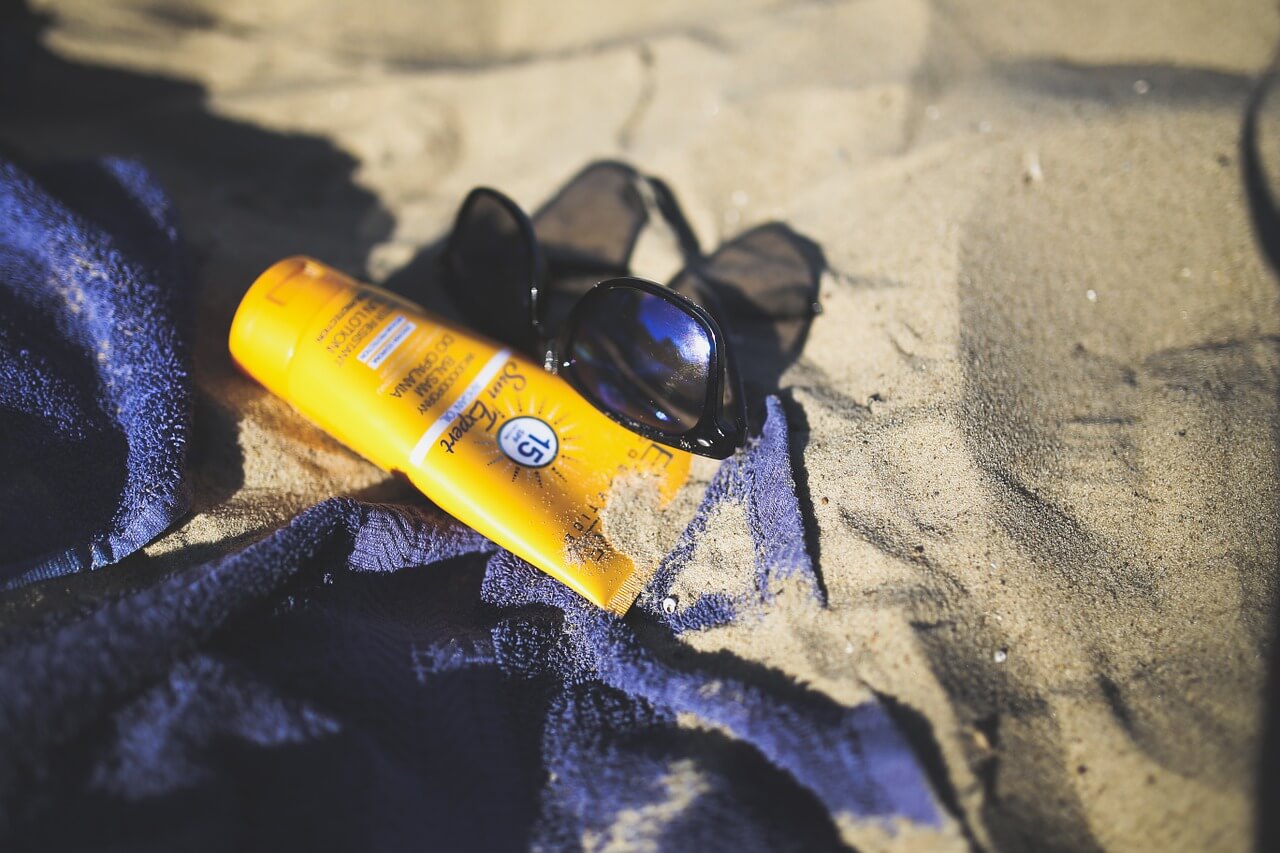 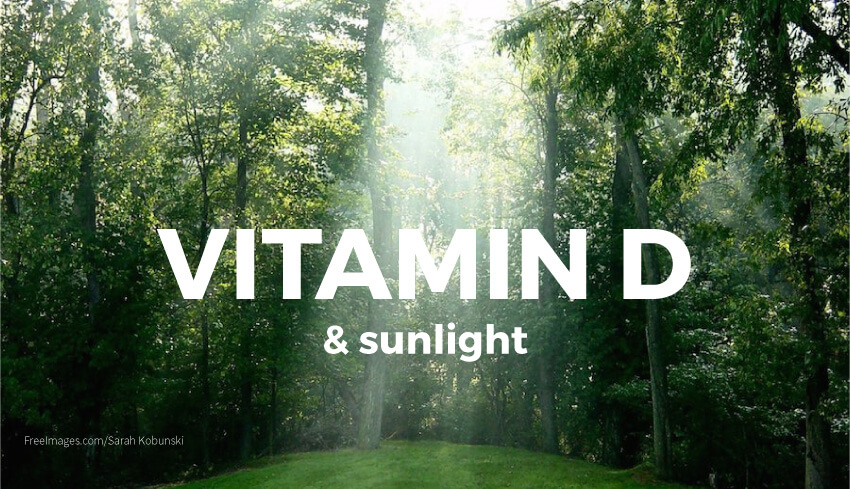 Answering the eternal Vitamin D deficiency debate: Should you expose yourself to the sun (but risk skin cancer), or should you take a Vitamin D supplement? 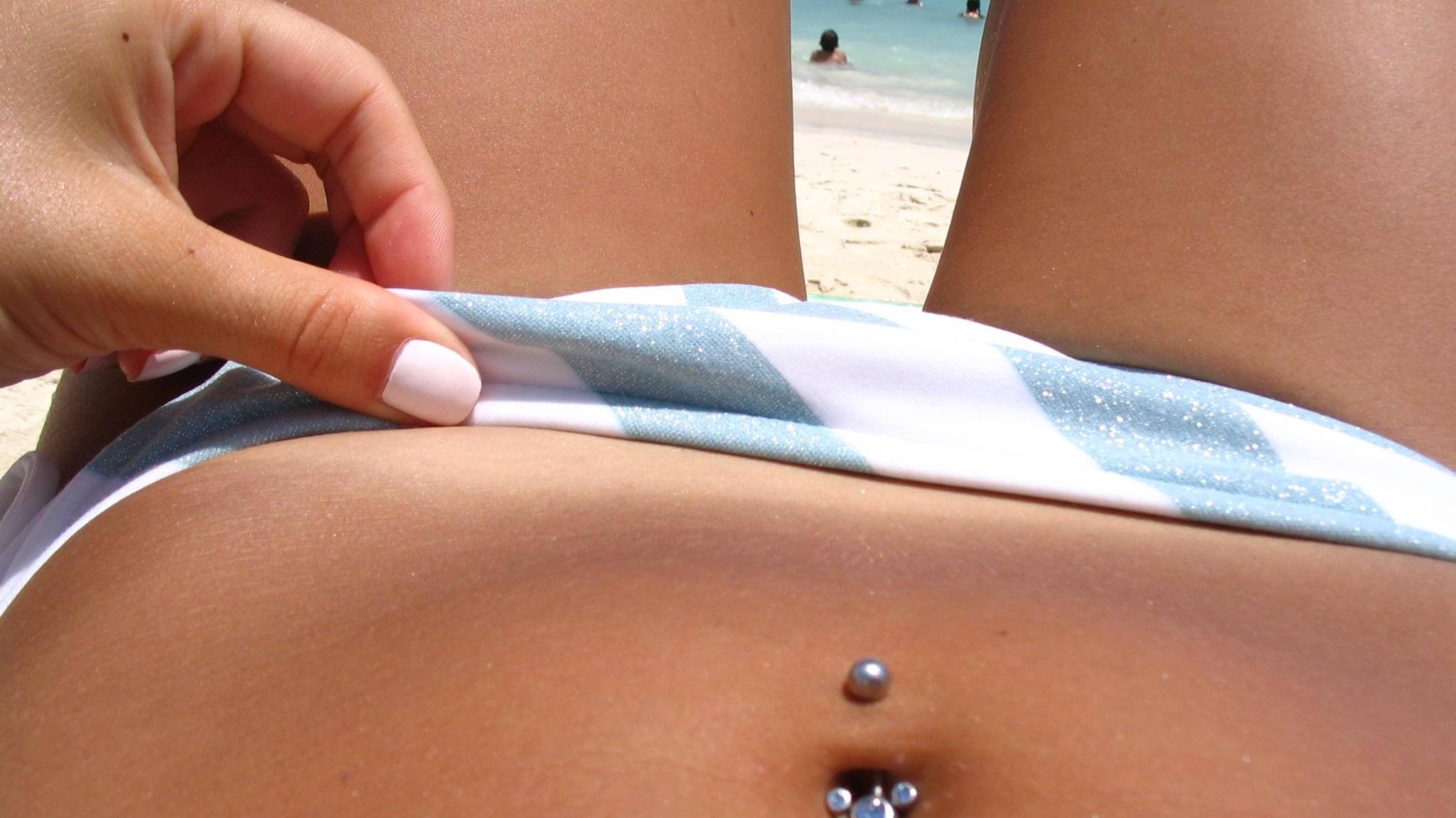 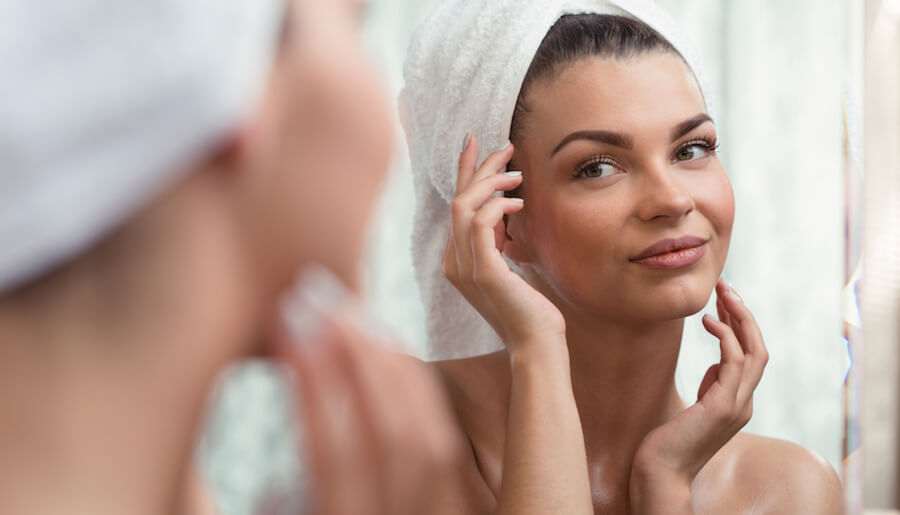 Anti-aging skin care products claim they turn back the time. If only they could actually do that! 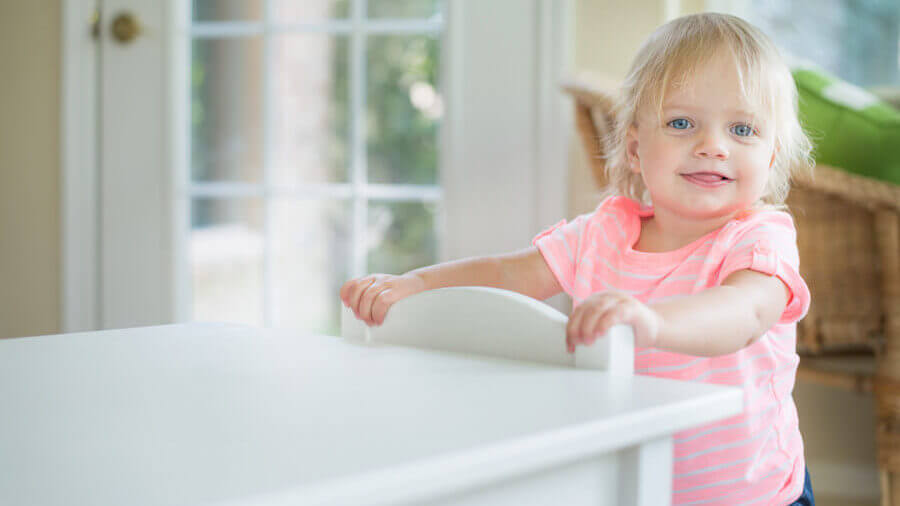