How to finally deal with the fear of weighing yourself.

What is that one thing that constantly makes you scared to step on the scale? I bet it’s the possibility of a weight gain.

Simply put, Gravitophobia is the fear associated with weighing oneself on a scale. And quickly, we’ll talk about four reasons why you might have this scale anxiety, and what you need to do to get over it. That way, your scale would no longer control your mood, your days, or your weeks.

That being said, let’s get started with reason number one!

1. Lack of Understanding of Water Weight

The first reason is a lack of understanding of what water weight means in general. So, for example, you step on the scale and the scale is 3 pounds up. You then get worried that you gained 3 pounds.

Well, that’s not exactly how things work because this might simply be because of your water weight fluctuation, and has nothing to do with your fat. However, some people don’t even want water weight, and that might have some things to do with reason number two.

Now, this is the same thing that happens to your body. Look, naturally, the water weight of your body will increase and that is because of the presence of stored Carbohydrates.

At this point, I think you should go and watch my water-weight video for more clarity if you haven’t watched it yet. Thanks

Increase in Water Weight is Meaningless

And if you’re still saying, ‘oh, I don’t want even my water weight to be up,’ I want to ask, why?

For example, one of the things that increase or decrease your water weight is your menstrual cycle. So, would you want your body to not do its job or not do it well because you don’t want it to be adjusting the water weight of your body? If yes, then that makes no sense. That means you don’t mind your body not functioning properly as long as your weight doesn’t go up or down. All you have to realize is that the scale is not measuring your body fat but your body weight.

Let’s say you’re trying to lose a pound of fat a week, that will come down to around 0.14 pounds on a daily basis. This is so small that the scale cannot pick it up. So if you step on the scale and it’s 3 pounds up, it doesn’t mean that you gained 3 pounds of fat. It just doesn’t mean that because it can’t! Go watch my water weight video. If you haven’t done that yet, you should, because you need to be very clear about how that works, so that you get rid of that unnecessary frantic withdrawal.

The best way to look at weight and the numbers that the scale shows you is to not take any individual measurement into account on its own.

However, no matter what method you choose, you shouldn’t take one measurement as what best depicts the state of your water weight, because that’s simply not how it works.

Your weight is supposed to be going up and down on a daily basis. That’s just how it should. One measurement is just not a good representation because you might be at your highest water weight, where you’re quite bloated.

So, the remedy is to understand water weight. First, go and watch my video and second, weigh yourself more often. Don’t just take into account one measurement. Double-check it. Keep weighing yourself to see what is a better representation of reality.

2. Don’t doubt that you’ll get to a healthy weight

This reason is very common to people with poor body image who let the scale ruin their day or ruin their week. They constantly have this scale anxiety as to whether they will succeed at weight loss or not.

And that scale anxiety is triggered when they step on the bathroom scale, after days of being on a calorie deficit, and they expect the scale to move, but the scale doesn’t move! And now it’s day 3, 4, 5 or more, and the scale is still not moving!

Now that is self-doubt speaking. What happens here is that you have the scale, the scale is showing a number, and you then make that number mean something about your future. It’s not the number that’s the problem, it’s what you think about it.

So, let’s just do this experiment: forget the scale.

Now I want you to think about, for just a second, about how you’re never going to lose weight, and that no matter what you do, you’ll stay stuck. Despite your best efforts and you’ll always have that problem.

How do you feel now? Doesn’t this put you in a bad mood? That was just an experiment to show you that it’s your thoughts that create your bad mood. You don’t need the scale to not move for you to have those thoughts. You can have those thoughts on your own and feel bad about your current weight, eating habits or body composition.

Why do that when you can also do the opposite?

You don’t need the scale to validate the fact that you can go ahead and lose weight and meet your goals.

You can think in a certain way. You can think about how you’re making progress, about your lifestyle changes, and how you’re going to build yourself up. If you feel optimistic and get in a good mood, you won’t need a scale to move to validate your effort and make you feel good.

In essence, separate the number of the scale from what you think about yourself.

3. Obsession with the Scale vs Healthy Relationship With The Scale

You’re either obsessed with the numbers, and want to look at them all the time, but that might also coincide with a very strong aversion to weighing yourself. This is again usually derived from self-doubt. What do I mean by that?

It means that the scale just provides you with data because it’s simply a tool that measures your weight.

Healthy relationship with the scale

The speedometer is a great example because most people don’t have an obsession or an aversion to it, and this is how it is with most tools.

It’s not my favorite thing to measure the pressure of my tires. But if I have to do it, I will! It’s not like I will say, ‘oh, my God, I’m going to have to measure my tire pressure.’

That can be a choice because you can adjust those thoughts. You can tweak them to help your mental health.

Remember that you’ve made some positive changes and that you will keep making more.

4. Fear of Being Judged For Your Weight

If you don’t want to weigh yourself because you are afraid that people will judge you based on the number on your bathroom scale, then this is likely related to weight stigma. I briefly mentioned that in my body positivity video.

So if you’re afraid of being judged for, e.g., what you’re eating, it’s very likely this is connected to these implicit biases.

Here’s a story that one of my weight loss clients told me. She had a friend who also had extra weight, and every time they went to the bar, they felt out of place. She said they thought of it as a place for slim, cool people, and hence, she and her friend did not fit it. She had that irrational fear that somebody would just tell them ‘Hey, you can’t be here!’ because of their weight.

So I asked her, ”hey, let’s say instead of having extra weight, you were black and somebody just walked over to you and said, ‘hey, you can’t be here because you’re black” Wouldn’t you think of that person as racist? Wouldn’t you use a number of curse words to describe this person?

And by the way, sometimes the other person might not even have those biases. They may not be thinking what you think they’re thinking. People are going to think however they want to think. They have infinite ability to surprise you with how differently they might be thinking about what you expect them to do.

So, whatever they’re saying or not saying, know that you don’t really know what they’re thinking.

But let’s just say that they are indeed judging you the way you think they’re judging you. This judgment reveals information about them and not necessarily anything about you. You’re equally valuable and worthy irrespective of what any person says because nothing has changed about you.

This usually happens when, say, you’re back from holiday. You don’t want to weigh yourself because you don’t want to see what happened when you were on holiday. Meaning ‘oh, all the things I’ll have to do!’

There is another way around this that we teach in the Fitness Reloaded Habits Academy. We do not deprive ourselves, and we also won’t overwhelm you. Rather, you’ll start with small steps. You’d change your habits one by one so that you lose weight through lifestyle change, and eating more food – not less.

My point is, there are other ways out there, and you should stop trying to lose weight through deprivation because that just keeps you on the rat race of fat loss. This is because you will be depriving yourself and losing some weight only to gain some because the environment is so obesogenic.

The environment will always be trying to make you gain weight because that’s simply a problem we have nowadays. Our lives are too convenient, and there’s an overabundance of food that makes you want to overeat calorie-dense food.

The environment will be trying to make you gain weight and if your strategy is deprivation, then you will always have to do that. So I don’t blame you for being afraid to step on the scale. I wouldn’t want to step on that scale either. I’d think that if I find a number that I don’t like, I would have to deprive myself. That’s not fun.

Now that we’ve come to the end of this article, share with me your experience with gravitophobia in the comments. Which reason was/is the most representative of you, and what strategies are you going to use to overcome it?

I hope you liked this article and learnt a lot. If you did, please share. 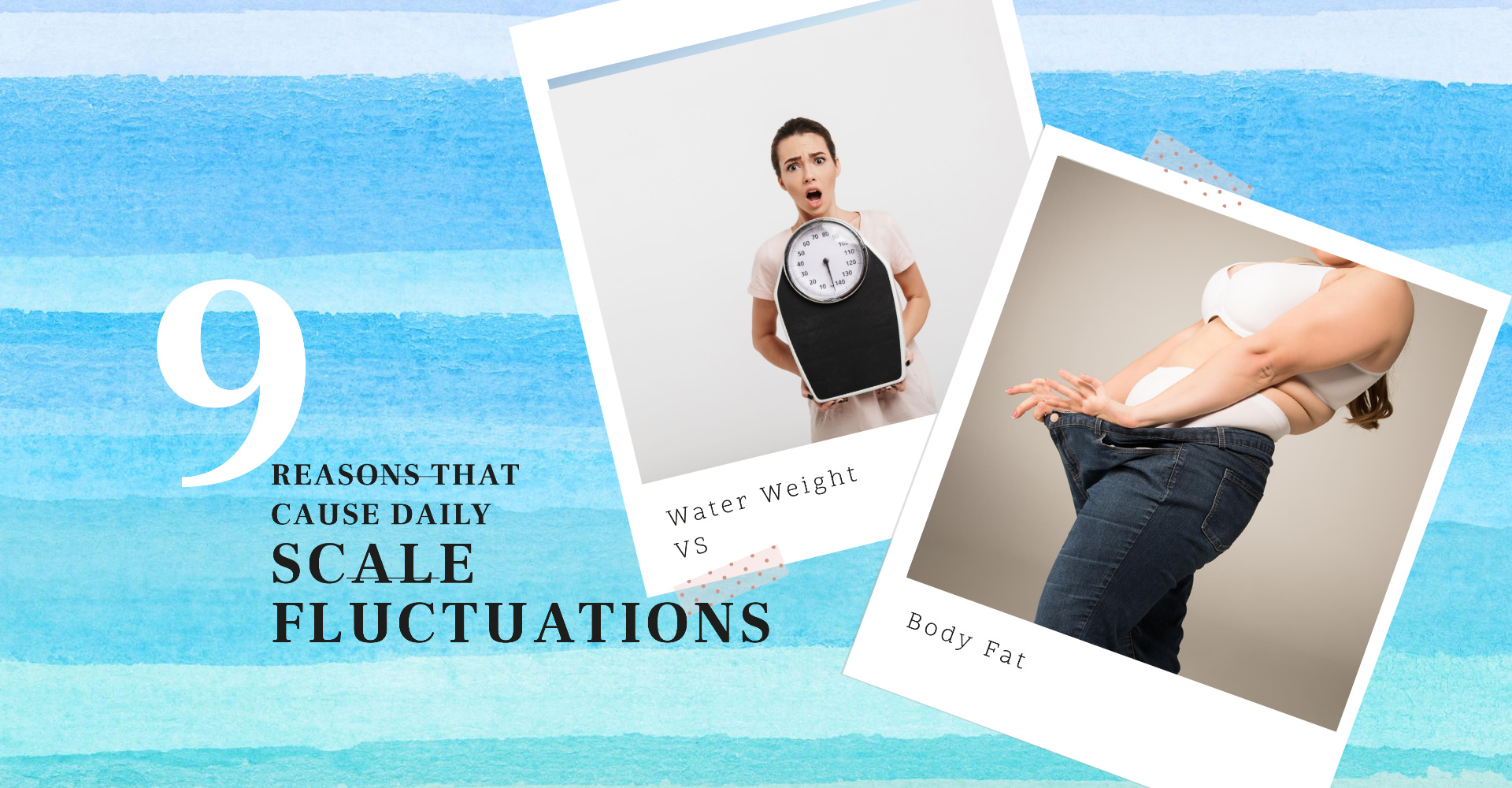 Let me ask you, have you ever stepped on the scale and saw it go up, let’s say two pounds, three pounds, and you started… 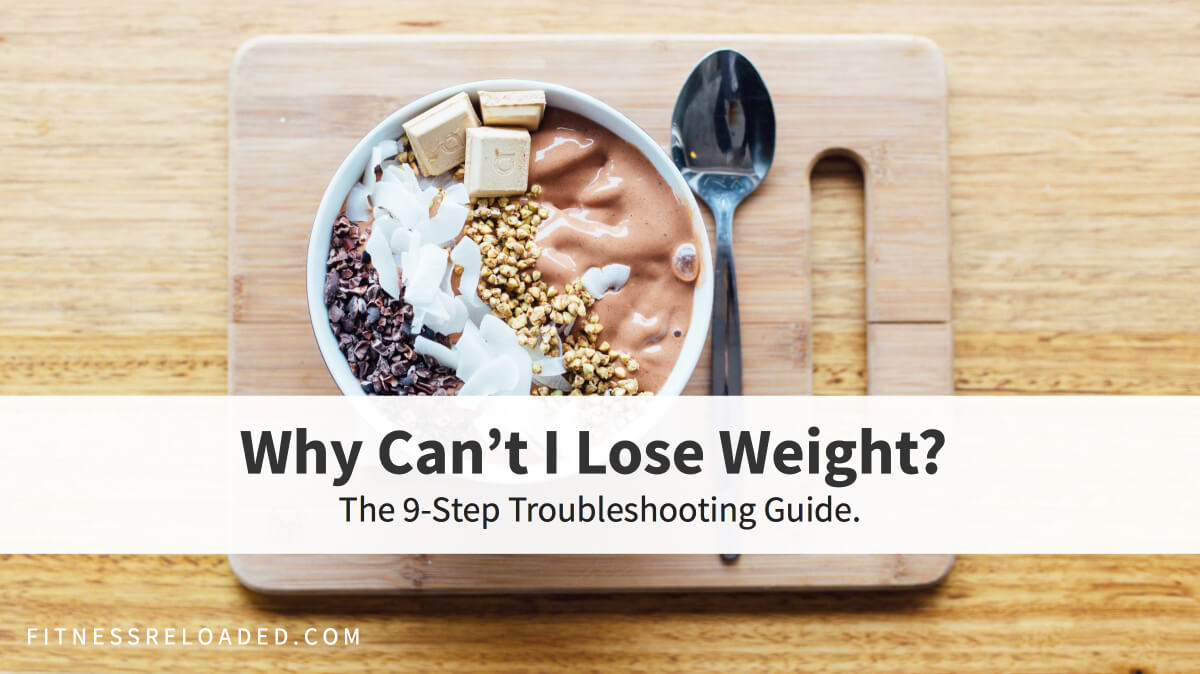 If you’re busting your head thinking “why can’t I lose weight?”, then ditch the second-guessing and follow our 9-step guide to identify exactly what the problem issue is (hint: do NOT blame your hormones or metabolism before you follow the guide, alright?)

Should you count calories to lose weight? For some people it’s a definite yes, and for some others it’s not ideal. In this article we’ll…