Say you are parent. Your 14-month old toddler hasn’t walked yet. Other kids have already done so, but not yours.

You look at your baby and say:

“I don’t even understand why you haven’t yet walked, when your cousin and most of your classmates at school have already done so. My friend’s daughter walked at 11 months, I walked at 12, your dad at 13, yet you at 14 months, can’t still make it happen. You are a disappointment.”

I bet that just imagining being so mean to a baby makes you cringe. And that’s exactly how you should react. I also bet that you would at least call such a mother a bitch. And that term could be quite accurate…

Yet, I also bet that, sometimes, you are exactly that mean to yourself. You are being a bitch (or a jerk if you are a guy).

Let’s take the above paragraph and rephrase it.

“I don’t even understand why you haven’t yet  made X money/lost Y pounds/graduated from college/got a promotion/found love, when your cousin and most of your  peers have already done so. My friend’s daughter did that at age Z-3, I  did it at age Z-2, your dad at Z-1, yet you at Z years old, can’t still make it happen. You are a disappointment.”

Now that must sound (very) familiar to most people. Sometimes we just feel bad, and in those times, we take it all on us. We over-judge ourselves and we think we are justified in doing so. That’s what I realized a few months ago while doing my first mindfulness experiment. I was judging myself quite harshly. Would I talk to another person the way I talked to myself?

The moment I called myself a bitch, I woke up. “I don’t want to be a bitch!”, I exclaimed (to myself). So I committed to stop being a bitch. And that’s how I drastically minimized the bad habit of being overly judgmental to myself when things don’t go as planned. Whenever I  caught myself being “bitchy” I would think about how unfair that would be to a baby and how “bitchy” that behavior was, and I would immediately stop berating myself.

How to stop being a bitch (or a jerk if you are a guy) by calling yourself one.

Somehow the baby analogy made me see how cruel I was to myself. I was making progress steps, just not as many as I wanted. But my wants, desires and plans are ultimately irrelevant. The baby will walk when it’s ready. You can’t do anything to help him/her make it happen, other than being caring and nurturing.

Similarly, your body will lose the weight on its own pace. You will make more money as you get more and more ready to claim it. If you walk towards the direction of your dreams you will get there!

Yet sometimes we get impatient. We can’t wait. We don’t want to wait. We want it now! We want it so much, and we want it right NOW so much, that we turn into “bitch mode”.

We may realize that we are being unfair, we may complain to our friends about how comparing ourselves to others is “wrong”, we may admit that we are “perfectionists” and need to change, yet we do nothing to change. Maybe we don’t know how to change, and that’s why we don’t take action. Yet the result is the same – we emotionally abuse ourselves!

I didn’t really know how to shake this away from my behavior. Not before I made the baby analogy. The baby analogy helped me see exactly how cruel and unfair I was.

Plus, I feel strongly against bitches. I am nice, I want to be nice. I don’t know if I have the “nice girl syndrome“, but I do like being nice. Witnessing my “bitchy” behavior was shocking at the least.

So I decided to stop being a bitch and give myself some space. I decided to let things (and myself) grow on their own pace. I realized I don’t have to set the pace – I can direct the pace, but I am not the ultimate decision maker on how fast progress happens. Things go the way they go and it’s not all under my control. And that is fine.

I am ok with that. I started accepting more where I was. And I am happier since then.

You plan to exercise but don’t do it. You hate yourself for saying you’ll exercise, but not actually following through. You were supposed to make…

I was 17. I was really happy I had solved that math problem. After a whole page of calculations, I did it! With my chest lifted…

Some things in life come easy, others come hard. Some surprise us with their speed, others feel like they take forever. Why is that? And… 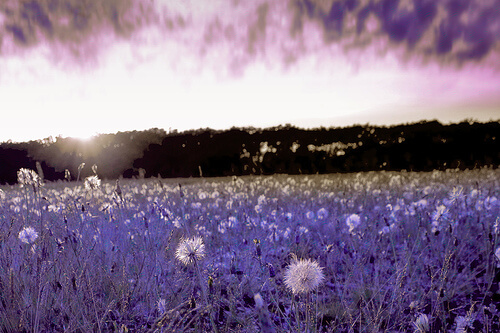 It suddenly struck me: I wanted to make the most of every moment. I wanted to decrease the moments I felt anxious and increase the…

When non-exercisers ask me advice on how to get started I usually tell them to start ridiculously small. Some examples are: Doing 1-2 stretches in…