[Shh…There is a dirty secret below. But I cannot tell right now.]

“Inhale through the nose, expand your lungs, exhale as you push your body back in the starting position….Now repeat again. Inhale though the nose…”

I could never understand the emphasis on breathing during exercise. Why all those different breathing techniques? Wasn’t it enough that I was working my body? Why did I have to pay attention to how I breathed?

When I was a novice exerciser I used to get really confused with breathing during exercise. The instructor would tell me when to breathe in or out, yet that would only add to my confusion.

Not only did I have to pay attention to the exercise at hand, I was also supposed to somehow make sense of how I was supposed to breathe. All those different techniques and tempos were the equivalent of clutter for me.

In today’s episode I am showing you…

The two major breathing techniques practiced during exercise along with the one breathing mistake you should never make.

Dirty Secret: These breathing techniques are not just great for exercise. They are amazing for relaxation and meditation. Just try them! 😉

So which breathing technique do you prefer? And do you ever catch yourself breaking the breathing rule I described?  I’d love to know! Find me on Twitter or Facebook.

Pilates? Like Yoga, right? Or, maybe not? Pilates and Yoga are said to be cousins, yet they are different at the same time. Which one…

Hello Fitness Reloaders! Today’s episode is is my take on exercise haters (hehe). It is inspired by the “Shit girls say” series. You may have…

A few weeks ago I would have responded to this question with a big YES! But then I learned this simple kyphosis check, and to…

I asked the professional fitness community what they wish they knew earlier…The tip that really stood out was that the conventional wisdom of “No pain,… 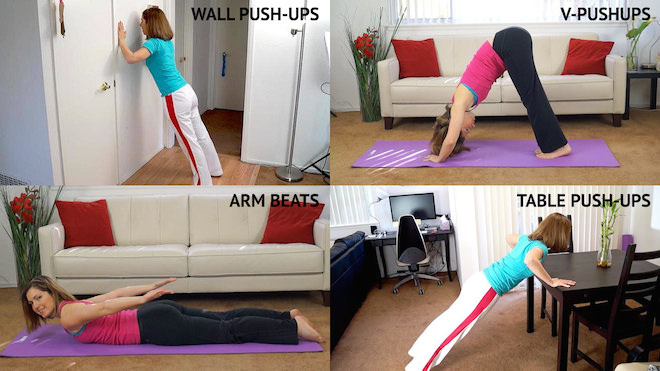 Welcome to the Lazy Exerciser Series! Last time we took the best exercises from Exercise Bliss and covered the top exercises for abs. This time…