This is the first public “Do the Impossible” podcast series. In this series, I will be featuring a guest who managed to do something that the thought of as impossible…at least before actually making it happen!

Today’s guest is Suzanne Ludlum, a yoga teacher from Virginia. You might remember her, as she was the first guest in the Health & Fitness Duels series (Yoga or Pilates?).

What I didn’t know about Suzanne was that she had a deep story behind her. She was suffering from panic attacks from her teens up until she was 40. Yet, she healed, without even trying to cure herself. It just happened!

Suzanne had tried all kinds of treatments. She had spent hours in therapy. Yet no treatment worked.

She had actually accepted that she would have to spend the rest of her life with panic attacks. Now, this may not sound too bad if you are not suffering from them, but this is what it means for people who do…

Panic attacks: You cannot be in a place with lots of people at the same time. If you do your heart will start racing and you feel like you are going to die. And when I say lots of people…three may be enough people to trigger a panic attack.

Apart from feeling like sh*t, panic attacks seriously limit a person’s lifestyle. For example, Suzanne would have liked to be a teacher, but a teacher tends to be in a room with lots of kids at the same time. Bye bye teacher career.

Suzanne had to attend meetings at her job of course. That was another burden for her. She was always scared a panic attack would come…

Yet Suzanne managed to get over panic attacks. And she did that while she was not trying.

One day she realized that she was with a group of people and she actually felt fine. “How did that happen?” she thought. Yet, there she was. Her heart-beat was just fine. And she felt ok.

Listen to yoga teacher Suzanne Ludlum explain how she managed to get over panic attacks.

Bonus: You are also about to find out how she got more than 1 in. taller after the age of 40 😉

Suzanne Ludlum, RYT 500, E-RYT 200; Thai Yoga Massage Practitioner. I believe that Yoga is for every body, no matter what your age or physical condition. Practiced mindfully and safely, Yoga can transform your life. I can be found on Facebook, LinkedIn, and on my website, www.trinityyogaandhealing.com or my blog, www.theimperfectpilgrim.com.

Photo credit: child is a rebel

Pilates? Like Yoga, right? Or, maybe not? Pilates and Yoga are said to be cousins, yet they are different at the same time. Which one… 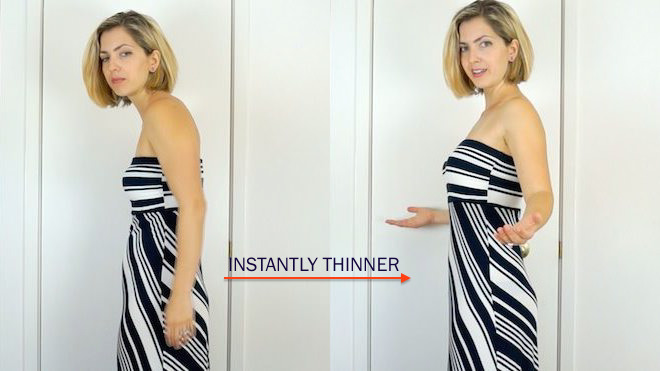 Here at Fitness Reloaded we like efficiency and effectiveness. Why devote 1 hour to the gym when you can get the same results in 16…

Woo hoo! I’m interviewing Kathryn Budig in today’s episode. If you haven’t yet heard about Kathryn, then I must tell you: Kathryn is an internationally known…