My (Greek) parents wanted to lose weight. So they went to a dietitian. One of the first things the dietitian told them was to measure how much olive oil they put in a salad. Instead of randomly pouring it in, they got guidelines; 1 tablespoon or 2 tablespoons but no more.

I vividly remember they were unhappy about that. Olive oil is healthy after all! Nobody measures how much olive oil they add to salads in Greece – it’s just free-flow!

Yet olive oil, while healthy and a great example of good fats, can add to overall salad calories very quickly.

Normally when going on a diet you wouldn’t expect to be told to cut down on salad calories – after all salads are considered healthy; it’d make more sense to be told to maintain a caloric deficit by eating smaller meals for example.

Only the dietitian’s recommendation to watch out for olive oil made more sense the more you were to look at it; while you’d think that a simpler meal like a salad would be easier to “eye-ball” for calories than an oven-cooked dinner for example, that’s not always the case – and there are good reasons for that.

7 reasons we’re so bad at eye-balling calories that even salad calories are difficult to estimate.

Yes, we’re bad at guessing calories. But how bad? And why?

1. Salads or not, we’re generally bad at estimating calories in our food.

Weight loss is a calories in – calories out game. As long you’re consuming fewer calories than you burn, your weight will be on a downward trend.

However, it’s possible that while you think you’re eating a certain amount, and that you should be at a calorie deficit, you’re actually not. We tend to misjudge our calorie intake, and salad calories is a great example.

We’re used to thinking of salad calories as low or even insignificant – and why not? A bowl of salad, made of only vegetables, could easily be less than 200 calories, so it’d be more like snack than an actual meal.

This finding makes sense, as we often notice the veggies in a salad but have a hard time figuring out how much dressing is hiding in there – which brings me to my next point.

2. We especially struggle with estimating calories when they come from oils, dressings, and spreads.

It’s very difficult to estimate the amount of olive oil or salad dressing in our meal. Couple that with the fact that they’re calorie dense and the stakes increase:

Personal trainer Ben Carpenter here does a great job at showing us visually just how difficult it is to estimate calories:

A subtle difference which equates to 260 more calories. Very easy to do with calorie dense foods like oils, dressings, spreads and nut butters.

Toppings such as nuts and cheese are also examples of high fat foods that may make calorie-estimating difficult. Even adding “just a little bit” (or what you think is a little bit) can add a whole lot of extra calories to your meal without you even noticing!

However, I do want to emphasise the point that dressings and extra toppings can add calories – and fast. Couple that with the fact that we,  as we discussed above, are not good at estimating caloric content in general, and you get the idea about how even seemingly light meals like salads can turn into calorie bombs.

3. The Negative Calorie Illusion: Just because a food is healthy doesn’t mean it has fewer calories.

Healthy foods come with their very own health halo. That is, if a food is healthy we automatically assume it has fewer calories than an unhealthy food.

This is called “the negative calorie illusion,” which was brought up by Alexander Chernev in his 2011 study titled ‘The Dieter’s Paradox’ (2).

The study also showed that those concerned with their weight often underestimated the caloric content of foods, specifically when an unhealthy item is paired with a healthy item.

While this study didn’t directly look at the calorie content in a salad, here’s what that would really mean in this context: Ordering a steak with a side salad will be perceived as “lighter” than the steak alone, even if the salad increases the calories of the whole meal.

Definitely the Happy Vegan strikes me as a low-calorie healthy option while the “southern fried chicken” not so much. But wait – is this actually true, or just masterful marketing?

Let’s start by reviewing the ingredients.

So which one do you think sounds like the healthier option?

The salad with the highest calories here is actually the one named “happy vegan.” This happy vegan salad boasts an energy filled plate worth 980 calories! The southern fried chicken salad has a more modest 670 calories. Admittedly, the happy vegan salad has more fibre and 3g less saturated fat than the southern fried chicken, but I’m not sure the large calorie difference makes up for it.

I could have never, ever, guessed that a salad called “happy vegan” would contain almost 1000 calories!

In fact, if you wanted to eat at Tender Greens while also aiming to manage your weight: it might pay off to go straight past the salads altogether. Items on their “big salad” menu have, on average, much higher calories and fat than other items on their menu.

For example, say you were to order one of the following from Tender Greens:

Each of these meals has 480 and 420 calories respectively, and 6g saturated fat. This makes these options more appealing, when you consider both calories and saturated fats, than actually 8 out of 10 big salads on the menu.

Looks like ordering a meal with vegetables might be a better choice than ordering a salad – if weight loss or weight maintenance is of concern.

Let’s have a look at McDonald’s. If there’s one place that’s immediately equated to unhealthy it’s McDonald’s, right? Being a leader in the fast food industry kinda earns you this reputation.

However, what’s surprising is that having a burger is not necessarily less healthy than ordering a salad.

These are just a few great examples to show just how difficult it really is to tell which menu option will be better for you.

6. Enter satiety: How full you feel does not always accurately depict how much you actually ate.

Say you order a big veggie-filled salad next time you’re out at a restaurant. Add chicken and you might feel pretty content after the meal.

Now say you added 2 tablespoons of dressing to the salad, instead of the chicken – keeping total calories the same. Which one of these options will make you feel more content? Or will they both make you feel equally satisfied? What say you?

The extra dressing and the extra chicken might add up to the same caloric value, but the chicken (mostly protein) makes you feel more satisfied while the dressing (mostly fat or carbs) is not as satiating.

It’s because protein is the most satiating of all macronutrients (4). And that’s why eating a meal that is high in protein has been shown to increase satiety and feelings of fullness compared to a lower protein meal (3). Similar effects are seen when eating a meal high in fibre; you will most likely feel fuller after eating a high fibre meal compared to low fibre (4, 5).

Because fat is more calorie-dense than protein, you need to consume smaller quantities of fat compared to what you would be eating if you were to consume the same amount of calories but from a protein source. And how do we consumers feel when we think we’re not eating enough because our meal is “small?” We think we didn’t eat enough and need to eat more!

That’s part of the reason why fat can lose in the battle against protein from a satiety perspective (7).

So if you’re trying to estimate how much you really ate after the fact, and especially if the meal you ate included hidden fats, then you’re out of luck because this task is easier said than done!

7. Even the size of your plate affects your ability to accurately estimate how much you’ll be eating.

A 2013 study found that if we serve our food on a smaller plate, we tend to eat less and still remain satisfied (6). What happens when we see the same quantity of food being served on a big plate vs. a small plate?

So what do restaurants normally do? They use big plates. And their portion sizes are huge!

Customers are often happier when they feel like they are getting good value for money. If your main dish came out with half the usual serving on a tiny plate, you’d probably feel a bit ripped off, wouldn’t you?

The good news: while we’re not naturally good at guessing calories, we can increase our intuition with practice.

Yup, naturally we’re not good at eye-balling. But if getting better at estimating calories (even salad calories) is something important to you, then you can make it happen – with practice.

Nope, that doesn’t mean that you’ll just throwing random guesses and then checking in to see whether you got close.

If you’re anything like me you may be rolling your eyes at the idea, however, doing it even for a month, and regardless of whether you want to lose weight or not, will give you a better perspective on foods:

When I did it for the first time, I was shocked at how wrong I was. Pasta was totally off of course, cereal was difficult, and for most meals I’d generally be off by at least 25%. I consider it a great learning opportunity and that’s why I recommend doing it for a little while, even if you don’t want to lose weight, just to learn more about food.

(I’d totally recommend using an app like myfitnesspal to get started.)

As for my parents, they had to grudgingly accept they’d be better off using more moderate quantities of olive oil, and not just see it as “free-flow” just because it has antioxidants, and it’s a good fat, etc. (The health halo is strong!)

Now let me know in the comments below – have you ever been surprised by the caloric content of what you ate? Spill – what was the food and why do you think you were caught off guard? 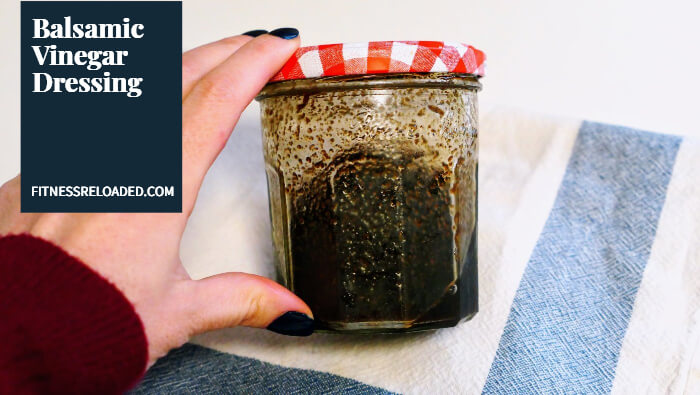 Delicious dressings don’t have to be fatty and loaded with calories. This no-oil balsamic vinegar dressing is proof!

Note from Maria: We’ve already talked about how restaurants are engineered to make you overeat. The environment, the portions, the smells, your friends, everything in…

Most people are taught to be afraid of eating carbohydrates, and avoid a high carb diet. There’s really no reason for that. You can add… 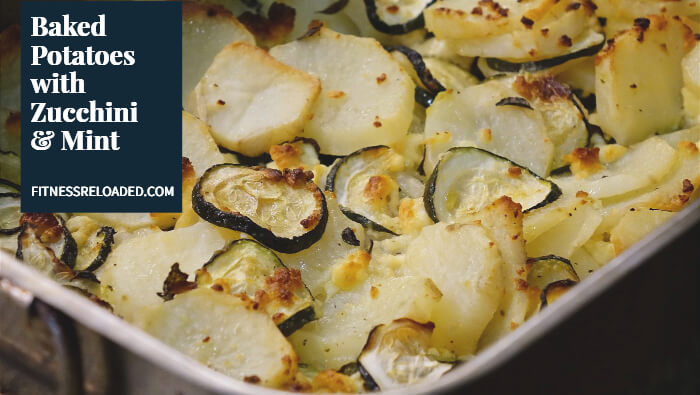 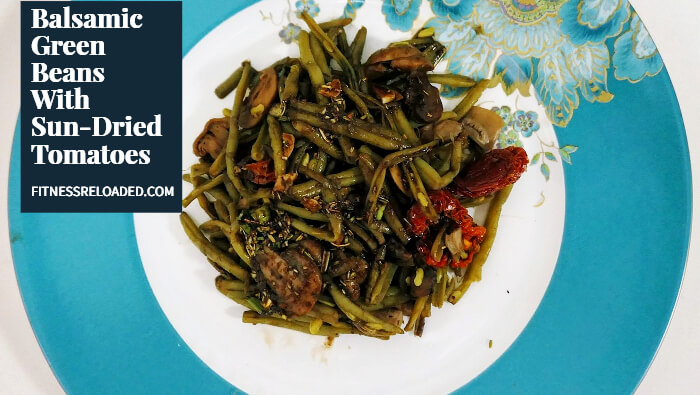 If you want to lose weight, esp. a lot of weight, then you’d better find ways to eat that make you full in fewer calories. This balsamic green beans recipe is what you need to add volume, and fiber to any meal.